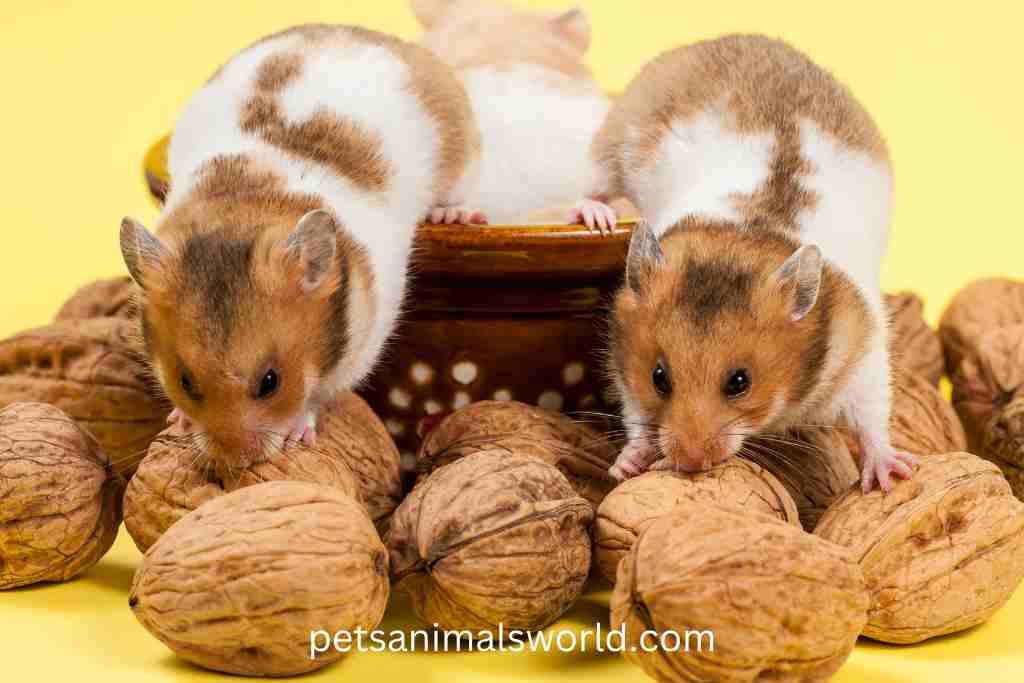 If you want to buy a hamster and keep it in a cage in your home, you probably immediately wonder if it is a good idea. You wonder if you will have problems with hamsters and how good these small animals are to keep in domestic conditions.

No, hamsters are not social animals, they mostly live alone and do not want to socialize with other hamsters. Hamsters can socialize with their owners once they gain trust, but they don’t like too much social interactivity for any more than half an hour a day.

However, while they are small, hamsters can live in one cage for a certain time, until they grow up when we have to separate them.

Hamsters are not social animals, they like to live alone. Only if they are younger hamsters then they can live together for a certain period.

Hamsters are territorial animals that always fight for their territory or get hurt if you put them together in a cage.

Hamsters also do not like to live with other pets, whether they are rodents or other animals.

How do certain breeds of hamsters behave when they live together?

As we said at the beginning, hamsters are not social animals and they always fight for their territory, but let’s read how certain breeds behave when they are together. They differ from each other depending on their breed.

Syrian hamsters are known to be solitary pets, although they are quite friendly when it comes to their behavior.

If you try to merge them, a fight will occur and one of them will be hurt, so it is best not to try such experiments at all.

Dwarf hamsters, unlike other breeds, are the most social animals that can live together.

However, for the best results and without any problems and fights between them, it is necessary to keep them together from a young age, so they get used to each other best.

Another important thing is to keep dwarf hamsters of the same sex, either male or female, if you mix them you can have problems between them and danger of injuries and fights.

Although Chinese hamsters are similar to dwarf hamsters, they do not get along well when they are together in a cage.

Chinese hamsters will not want to socialize with their other companions, so avoid putting them together in the same cage.

Do hamsters like to hang out with each other?

You must be wondering if it is good to mix multiple hamsters to socialize together, however, it is not a very good idea. Hamsters when they are still very small can live together, but when they grow up they should be separated.

Hamsters like to live alone and that is their way of life. Only when they are in the wild do they want to communicate and be together when it is mating time, while after that they continue to be alone.

They are used to living alone and in cages at home, and it is enough for you as the owner to set aside half an hour a day to socialize with them, which will make them happy.

Never put two hamsters together in one cage if you want everything to be okay with your pets. Can hamsters live with other animals?

No, hamsters can’t live with other animals, it won’t work at all so don’t try.

If you try then the hamster or other animal will be hurt and really no one will benefit from such an unwanted situation.

Hamsters cannot associate with guinea pigs, mice, or rats either.

Read more: Why is My Hamster Bite the Water Bottle? Find Out Now

Is it better to keep one or two hamsters?

If you want, you can let them out of the cage to hang out and play, but you’ll have to constantly make sure they don’t get hurt.

In any case, you should not leave them alone in your room, because it is not at all safe, it can only lead to a confrontation between the hamsters.

Yes, hamsters like to make friends with people, they are mostly close to their owners.

All hamsters are different and may behave differently when they need to socialize with you, so it does not necessarily mean that they will all be equally sociable, some more and some less want to be with them.

Hamsters are very timid by nature and therefore need time to get used to you as an owner and allow social interaction and friendship.

Do hamsters get lonely in a cage?

No, hamsters do not feel lonely even though they spend almost their whole life alone. Hamsters like to live alone, it is more interesting for them to have enough toys and an exercise wheel when we keep them in a cage. Hamsters when they are together with other hamsters can only cause fights and injuries.

Yes, hamsters need attention and care, and they should get that every day. Their day should be filled with playing, eating and a little care from us owners, that is quite enough for the daily life of a hamster.

How often should I hold my hamster?

Half an hour a day is quite enough attention from the owners for their hamsters to feel happy and satisfied. More time than that will only annoy them and start to be stressful for their health.

Hamsters are independent by nature, they don’t like to socialize much and to be social animals.

They mostly live alone and they are comfortable and not much can be changed here. Hamsters cannot live together with other hamsters, if you try to put them in a cage they will get hurt.

Hamsters like to socialize with people, but to a certain extent, all hamsters are not the same, some prefer socializing with their owners while others are less so, and that’s completely normal.